Wildest Teeth in the Animal Kingdom

Did you know that an animal’s teeth can tell you a lot about the type of food they eat? For instance, humans have molars in the back of the jaws. They help us grind up fruits and vegetables, but we also have pointed teeth in the front of our jaws to help us rip into tougher things, like meat. Just like us, animals have different teeth to help them eat the foods they survive on, and sometimes those teeth can be pretty wacky! 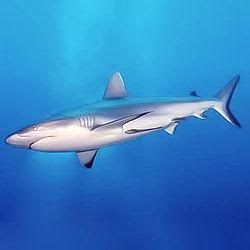 Sharks for instance. We all know that sharks have sharp teeth, but did you know that many sharks have 5 rows of teeth? Sometimes even more! A shark can go through thousands of teeth in a lifetime. That’s because, unlike us, shark teeth aren’t rooted in the bone. Instead, their jaws are made of something soft, called cartilage. That’s the same flexible stuff that we have in our ears, or the tips of our noses. Sharks feed by biting down hard on their prey, which can cause some of their teeth to fall out pretty easily. This is why sharks have different rows of teeth, to replace the ones that fall out as they eat. 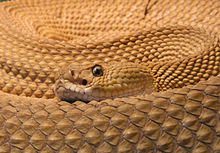 Vipers are a type of snake that has fangs. When a snake is resting these fangs actually fold into their mouth so that they are out of the way, but when a snake bits into its prey these teeth act like needles, passing toxic venom into its catch as they bite down. This makes catching their dinner easier and keeps them well fed. 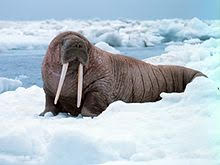 Some animals have teeth not only for eating but for different reasons too. Walruses, for instance, have tusks. These tusks can grow up to a meter long, and keep growing throughout their entire life! Male walruses use their tusks like swords to fight with other males. Both males and females use their tusks while they are underwater to poke holes into the ice so that they can come up for air. They can also use their tusks to help pull their heavy bodes out of the water and onto land. 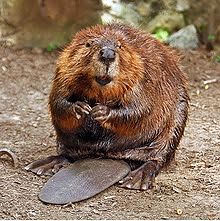 One animal, that’s probably more famous than any other for their unusual teeth, is the beaver. Beavers are well known for their oversized incisors. These teeth never stop growing, which is why they are constantly trying to file them down by chewing on wood. You would think that chewing on wood all day would ruin the beaver’s teeth, but the front side of their teeth actually has iron in it. Iron is the same stuff that they use to make strong metals. Not only does this keep the beaver’s teeth extra tough, but it also gives them their unique rusty orange color. So it’s this extra strength that allows beavers to chew on wood as long as they want!

Now that you know some of the wildest teeth in the animal kingdom see if you can find others! It’s pretty amazing what the teeth of different animals can do.